Anja Dalhoff is an award-winning producer, director and photographer. Anja received 2 Robert prizes. One was for the best documentary in Denmark 1992. Anja also won the 1. prize at Havana Filmfestival in 2000 and European womens prize in 2009.

2015: ”I’m a Cuban Woman” / Director / Producer / Photografer Anja Dalhoff
A documentary of 55 min. about two Cuban women and their lives in Cuba over a period of ten years. The film also describes the development in the Cuban society from 2005-2015.


2015: ”Trafficker” / Producer/Director/Photografer Anja Dalhoff
A documentary of 58 min. about trafficking from Africa to Europe. Supported by DR and Ministery of Foreign Affairs.
2014: Sentisive Souls / Producer and Director Anja Dalhoff
A documentary for DR about 2 young people with fetal alcohol syndrome.
2014: ”We are Journalists” : Producer: Anja Dalhoff /Director : Ahmad Jalali Farahani.
A documentary film about the difficult conditions of Iranian journalists inside and outside the country.
2014: A Life after Trafficking : Director/Producer Anja Dalhoff Broadcast DR april, distribution DR Sale. 52 minutes documentary about the life of two trafficked women after the arrival to their country of origin. Produced for the Centre against Human Trafficking and the Danish Television DR1. A film about Iranian journalists in and outside Iran struggling for the freedom of speech
2013: Body Parts . Director/Producer 2012
30 minutes documentary about organdonation. Produced for the National Board of Health
2012: The many faces of Human Trafficking/ Director Anja Dalhoff
An educational film for the Lawenforcement about human trafficking
2011: Isolation, Punishment and Humiliation/Producer Anja Dalhoff
45 minutes documentary about an institution for youngsters. Produced for the Danish Television DR1.
2010: Suspected Human Trafficking/Director Anja Dalhoff
2 X 25 minutes Educational documentaries produced for Centre against Human Trafficking
2009: Affected for Life/Director
Eduational film about Human Trafficking produced for UNODC
2009: Kidney on Ice/Director
A documentary about illegal organ trafficking from East European countries and organ donation in Europe. DR – Distribution Journeyman Pictures
2008: The Coherent Band/Director
7X15 minutes educational documentaries for the Ministery of Integration
2008: Natasha is not for Sale/Director
28 minutes documentaries for preventional use in Moldova. A film for youngsters of how to avoid being trafficked. Supported by The Ministry of Foreign Affairs.
2007: When the Moon is Dark./ Director
Doc about the trafficking women from Nigeria. Director Anja Dalhoff, Danish Doc Production, TV2/Denmark, Danish Film Institute , Ministry of Foreign Affairs and private fundings.
Distribution Journeyman Pictures
2006: Six Years with Lissi & Michael. Doc.3 x 40 min. Director
A family are having problems taking decent care of their children. For more than six years Anja’s camera follow them closely. Supported by Danish Ministry of Social Affairs, The Danish Film Institute, TV2/Danmark etc. Danish Doc Production.
2005: New Times – New relations / Nye Tider – Andre Fællesskaber. Doc. 1 x 40 min.
Supported by Danish Ministry of Social Affairs, Copenhagen County, DR TV, various private funds. Danish Doc Production.
2004: Fountain House – A window on the World / Fountain House – Et vindue mod Verden.
A documentary showing how it is possible to get a decent life after or with a mental desease. 1×40, DR TV, Danish Ministry of Social Affairs, various private and public funds. Danish Doc Production.
2004: Being Young in an era of pornography / Ung i en Pornotid – doc. 3×25 min.
Tits and genitals are all over, also in public space. How does this affect youngsters who are about to find out what is it all about. For TV2/Danmark with the support of Danish Ministry of Social Affairs, Danish Ministry of Education.
2003: Foundation of “Danish Doc Production” a Filmcompany producing documentaries and films for educational use. Company profile : please look at : www.danishdoc.dk
2002: The young and wild ones / De Vilde Unge, 3 x 25 min. 2003 Foundation
Documentary taking a closer lock into the terrible consequences the flirt with different drugs can have. For Danish Film Institute, TV2/Denmark, various private and public funds.
2002: Music of the Incas / Inkamusik, rejser og ritualer.
For DR TV.
2001: Rooted in the family part 2/ Rod I Familien 1. Doc 58 min.
Very seriously a child is affected when it for some reason can not live with its parents. DR TV, Danish Film Institute, various private and public funds.
2001: Rooted in the Family part 1/Rod i familien – del 1.
En film om Santeria-religionen på Cuba.
1999: The Boy who wanted to become a Bear / Drengen der ville være bjørn.
For children. Won first prize at Havana’s 21 International Film Festival for best film on Latin American issues by foreign director, December 1999.
1998: The life of Cecilie.
A portrait of a seven years old girl who has got severely brain damage due to her mothers drinking problem during pregnancy. Broadcast by DR TV March 1999. First prize by the Swedish Ministry of social affairs as best documentary on alcohol and drugs issues.
1998: Nelvys and the Spirits / Nelvys og Ånderne.
A documentary about the Santeria-religion in Cuba.
1997: Travelling with Mai /Rejsen med Mai.
A documentary about a Vietnamese Red Cross worker.
1996: One day at Brøndby Strand/En dag i Brøndby Strand.
A documentary about the life in the 15 storeys concrete buildings, where people with more than 40 different nationalities are brought together.
1995: Welcome Home, Leila / Velkommen hjem, Leila.
A documentary about a single-dad from Morocco.
1994: Close to Life / Tæt på livet.
A documentary about children with HIV and AIDS.
1993: The Dairy of Lulu / Lulus Dagbog.
A documentary about communicating with a baby child.
1993:Two years with Randi / 2 år med Randi.
A portrait of a young mother and her way to a serious drug abuse. First prize as documentary in Denmark.
1992:High Hope/ En Skæv Start.
A documentary about being the son/daughter of a drug abuser. Broadcast by DR TV May 1993. First prize as best documentary in Denmark.
1992: Happiness is someone listening to you/Lykken er at blive hørt.
A documentary about a private organisation (Mødrehjælpen) helping women with children.
1991: Children of the Streets / Gadens børn.
A documentary about children with no place to go.
1987 – 89: Starts own projects as a documentary director
1: Early steps / Tidlige trin – about childrens natural development
2: When the small ones sing / Når de små synger” – about children and music.
3: We will be playing / Vi leger lige – about children when the are playing 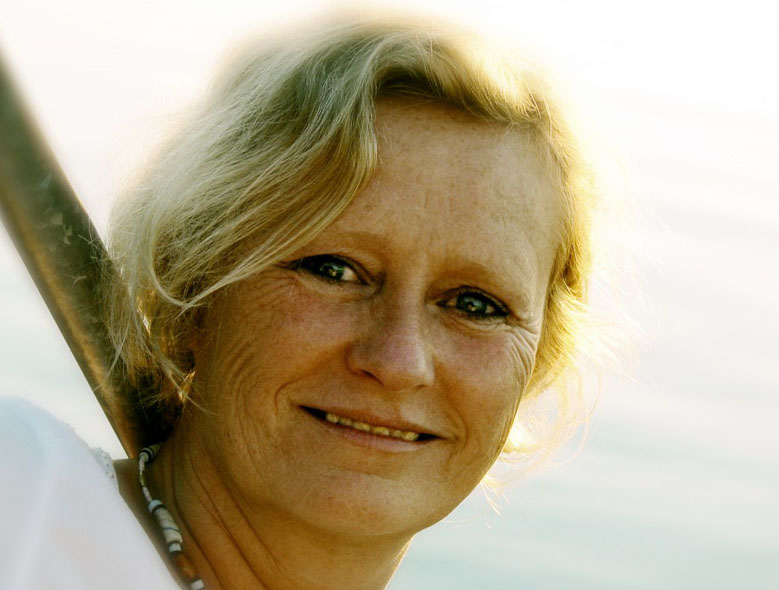 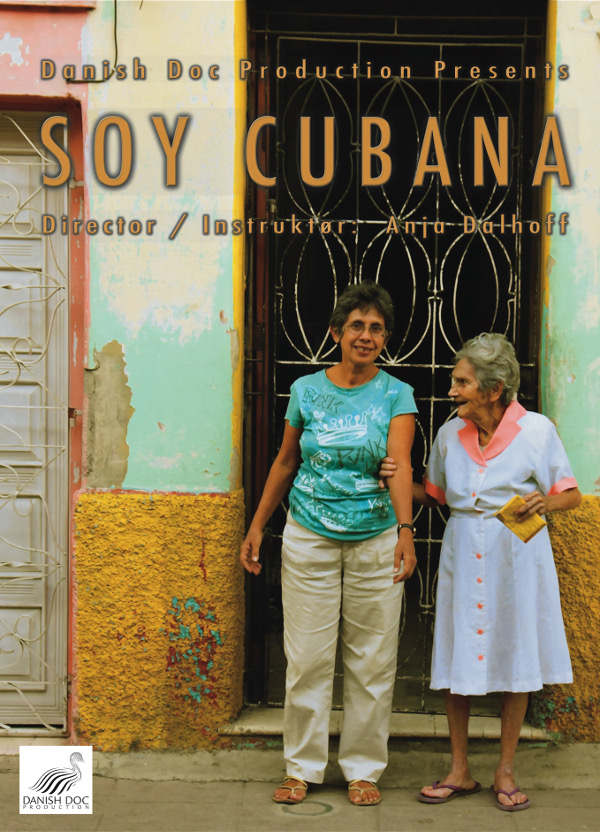 From victim to perpetrator

Trafficker tells the story of the african women who were victims of trafficking. They were sold to Europe for prostitution, but then the story takes a turn. They become traffickers themself and start selling their countrymen.

Buy the movie on DVD

Anja Dalhoff worked with Foetal Alcohol Syndrome (FAS) for more than 25 years. The documentary Sensitive Souls is one of the results for that work. 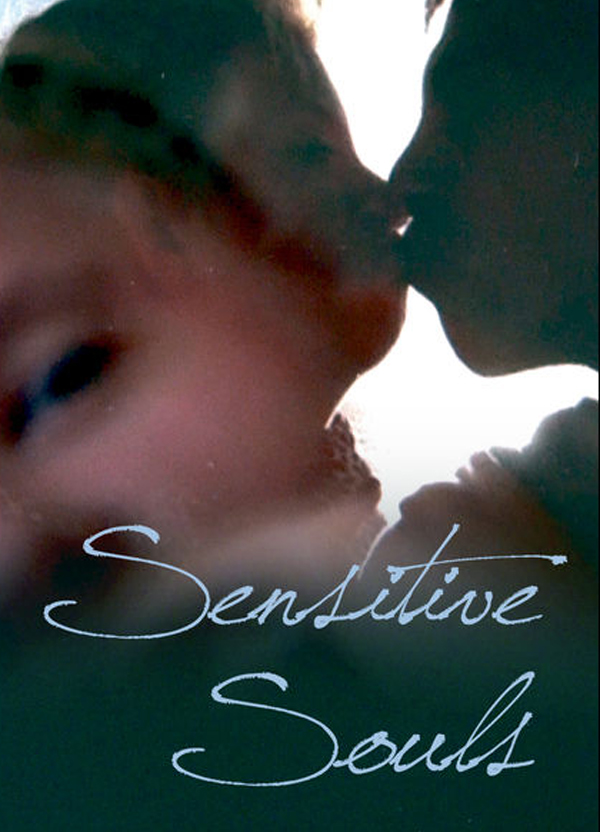 Buy the movie on DVD

A life after Trafficking

A life after trafficking tells the story of Joy the mother of 3 children. Who is trying to create a normal life after being the victim of trafficking. 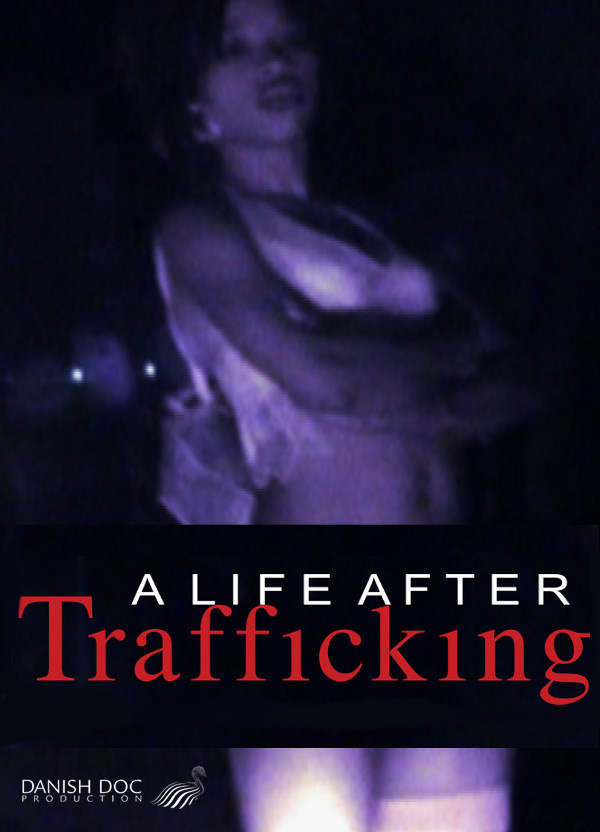 Buy the movie on DVD
We use cookies on our website to give you the most relevant experience by remembering your preferences and repeat visits. By clicking “Accept”, you consent to the use of ALL the cookies.
Cookie settingsACCEPT
Manage consent